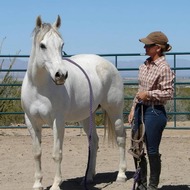 "It" has been called a variety of names, has multiple different styles, and in the name of imitation without understanding, so many good intentioned horse people are using "it" in a destructive, aggressive, critical manner teaching the horse fear, flee, containment, and defensiveness.

There are far too many examples of the "big names" showing fast, strong, and unrelenting use of it with a horse. The unknowing public then tries to imitate what they've seen as an example on their unsuspecting horse.

No one talks about how many people get hurt because they, "don't know what they don't know," as a client once said.

So when the mis or un-educated, or inexperienced horse person adds in a potentially destructive "tool" presented in a "making the horse comply" manner, at some point it becomes mental and emotional overload for the equine, causing him to literally take out, run over, or potentially hurt the human as he is trying to defend himself.

If Quality is the goal, there should not be a continuous need for more "stuff" to communicate with the horse. It should not take more effort to get less willingness as his "training" progresses.

There can be a time and a place for everything. But the human's intent and emotional state can completely alter the horse's experience when something is presented to him. It can influence creating either a specific, clear understanding, or more often than not, instilling fear and distrust in the horse. 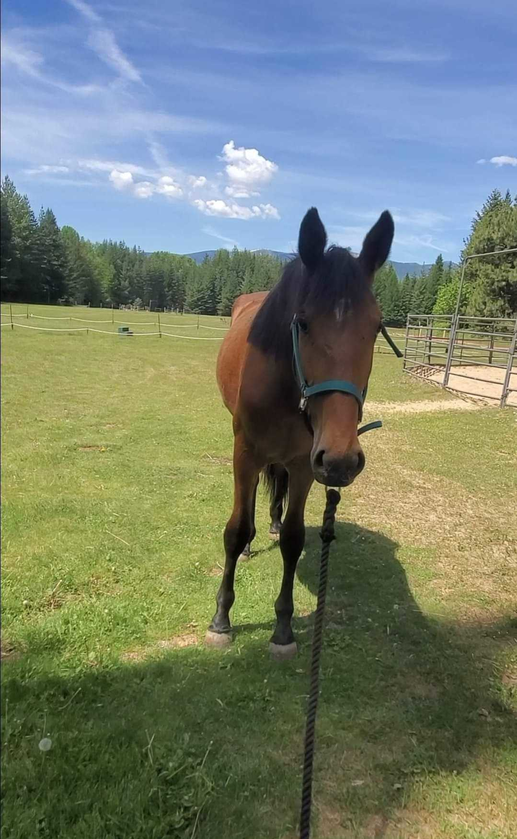 0
View All
0
Reply
Interested? Want to learn more about the community?
What else you may like…
Videos
Posts
Live Stream not started yet

Join in the group discussion addressing many overlooked aspects of horses, humans, and pressure, that often lead to Mental and Physical Avoidance in the equine.
Please comment with any questions related to this topic below. I'll try to answer as many as I can.
Replay will be available if you miss the LIVESTREAM.

Join me in the final LIVESTREAM on this topic-
Discussing the following through from the Human in recognizing the subtle triggers causing the horse to resort to avoidant and mentally shutting down behaviors.

PLEASE NOTE
This will be on Wednesday, November 23rd, at 6pm pst as I'll be traveling to work in South America on Friday!

Reawakening and Engaging the Horse's Curiosity to increase his willingness to participate.

Join in the group discussion addressing many overlooked aspects of horses, humans, and pressure, that often lead to Mental and Physical Avoidance in the equine.
Please comment with any questions related to this topic below. I'll try to answer as many as I can.
Replay will be available if you miss the LIVESTREAM.

So many horseback riders I meet have forgotten...

"It" isn't just about the human experience, the end goal, their emotional outlet, or their temporary escape from reality.

"It" isn't about creating a one-sided experience filled with demands and self-imposed "have tos."

"It" isn't about keeping up with anyone else's accomplishments, trying to fit in, or follow trends.

When riders let go of the thoughts and intentions that sabotage so many equine partnerships, "it" can become about mental presence, observation, experimentation, two-way Conversations, refinement, emotional calm, developing skill sets, believing and acknowledging the horse, and allowing for time to build a trust based togetherness. 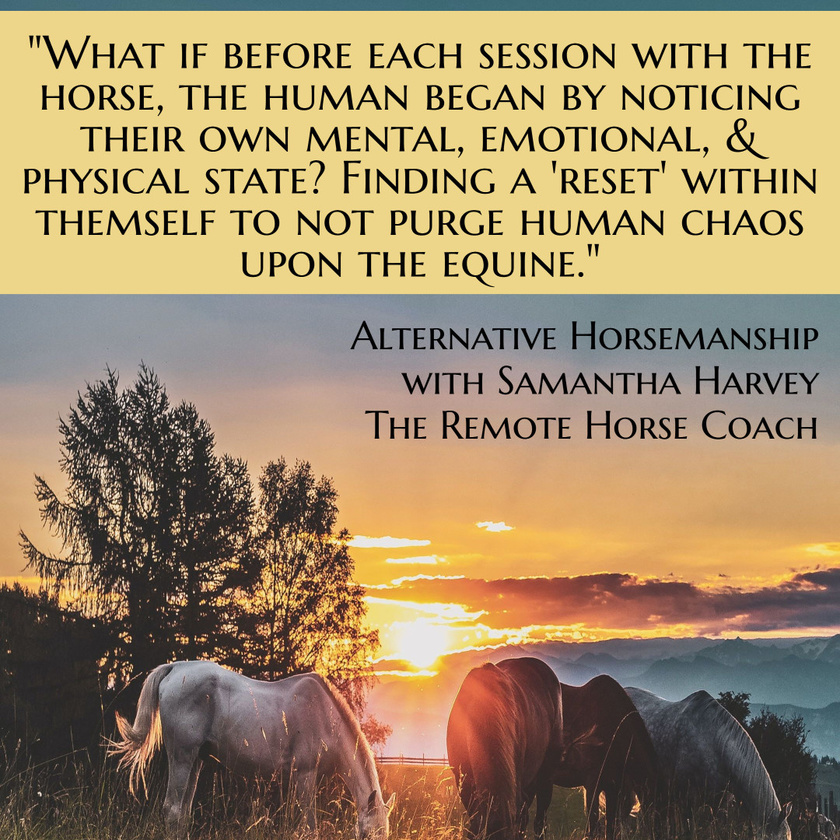 The theme of the past few days has been new folks asking for help with horses that are going "fine" and then the horse "randomly" or suddenly stops, or quits, moving forward.
First, nothing is random when a horse does it. You may not know why the horse did it, but it was not an accident... Including all those times he "accidentally" rubbed your leg on the fence or put you under a low branch while riding.
Second, the body is a reflection of the horse's brain and emotions.
So is the real problem the horse is not moving forward? No.
That is the result of his asking for support that was ignored and "answered" with a "driving" him into doing something. Which may have appeared to have "worked" until it didn't.
The question should be, what was all the activities or scenarios asked of the horse prior to the moment of "final resistance"?
When/where were the INITIAL signs of insecurity, resistance, or him being unsure?
So take a few minutes and play detective:
Did the horse start looking away ... 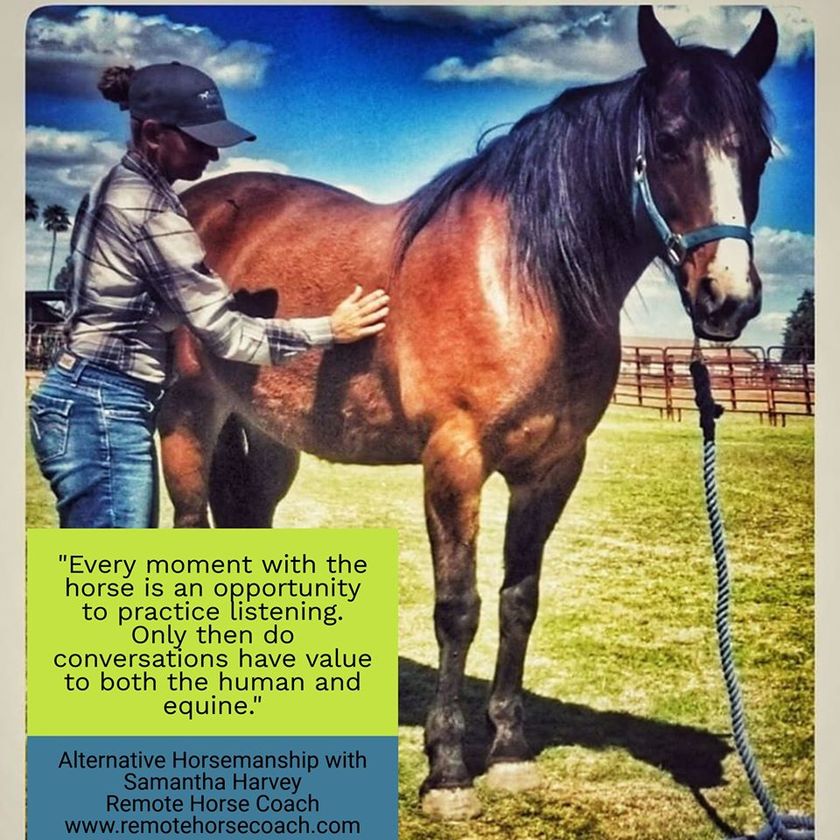 Sam offers many services including starting colts and rehabilitating "difficult" horses, working with various breeds, ages, and disciplines at both a local and national level. She teaches horsemanship clinics, groundwork, horseback riding lessons, and more. Her Alternative Horsemanship training approach helps both competitive and pleasure riders of all levels and backgrounds. She teaches Horsemanship groundwork and riding lessons to help riders interpret and understand horse behavior and to refine their communication, and build trust with their horses.

She has lectured, presented, and offered demos at equine symposiums and expos. Sam has taught horsemanship skills and equine behavior to pre-veterinary students, been a featured speaker...

0
View All
0
Reply
Don’t have a Locals account yet? SIGN UP
I’m already a member Log in
Please keep this window open while your file is uploading...